Romanov Sheep – “Lambs by the Litter“

Romanov Sheep originated in the Volga Valley, northwest of Moscow. Genetically unique to North American and British breeds of sheep, the Romanov (a “pure gene” – not a “cross” of anything) used on traditional ewes, will produce a “hybrid” – high performance ewe for the flock of the future and a top gaining market lamb.

Quadruplets, quintuplets and even sextuplets are normal performance for a Romanov ewe. The North American record for a Romanov ewe is seven live, healthy lambs in a litter. The Romanov breed record is a litter of nine.

Romanov sheep have a phenomenal early sexual maturity. Rams and ewes are fertile by the time they are three months old. Romanov ewes will breed any month of the year. This out-of-season breeding ability, combined with multiple birth ability allows for the high production of a Romanov ewe. Lambing every eight months, it is common for a Romanov ewe to lamb three times in two years, – with three to five lambs each time. Combined with the aggressiveness of the newborns that contributes to lamb survival, impressive lamb crops are possible.

The practical application of the Romanov genetics is in the development of the ewe flock. Crossbreeding to get the high performance half Romanov ewe, we have created a “market lamb machine” that will produce a 250 to 300 percent lamb crop every eight months. And studies done on various sheep breeds, have placed Romanov sheep genetics near the top end, in terms of producing the highest measurement for natural Marbling in the meat. Marbling is synonymous with tenderness and quality!

At Craigmore Farm, we believe one of the secrets to surviving in the sheep business can be in the 1/2 Romanov ewe. She looks like a regular sheep, but can perform like a Romanov. These are tough times in agriculture. We have to get the multiple births, and they have to live to make it to market, if we are going to show a profit. This production boost is easily introduced into any flock with the Romanov genetics. 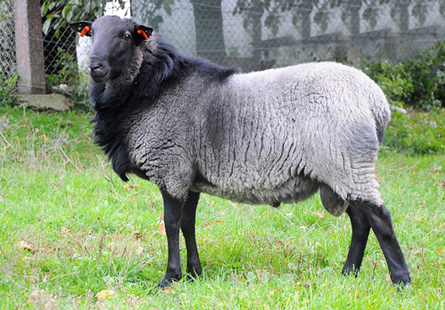